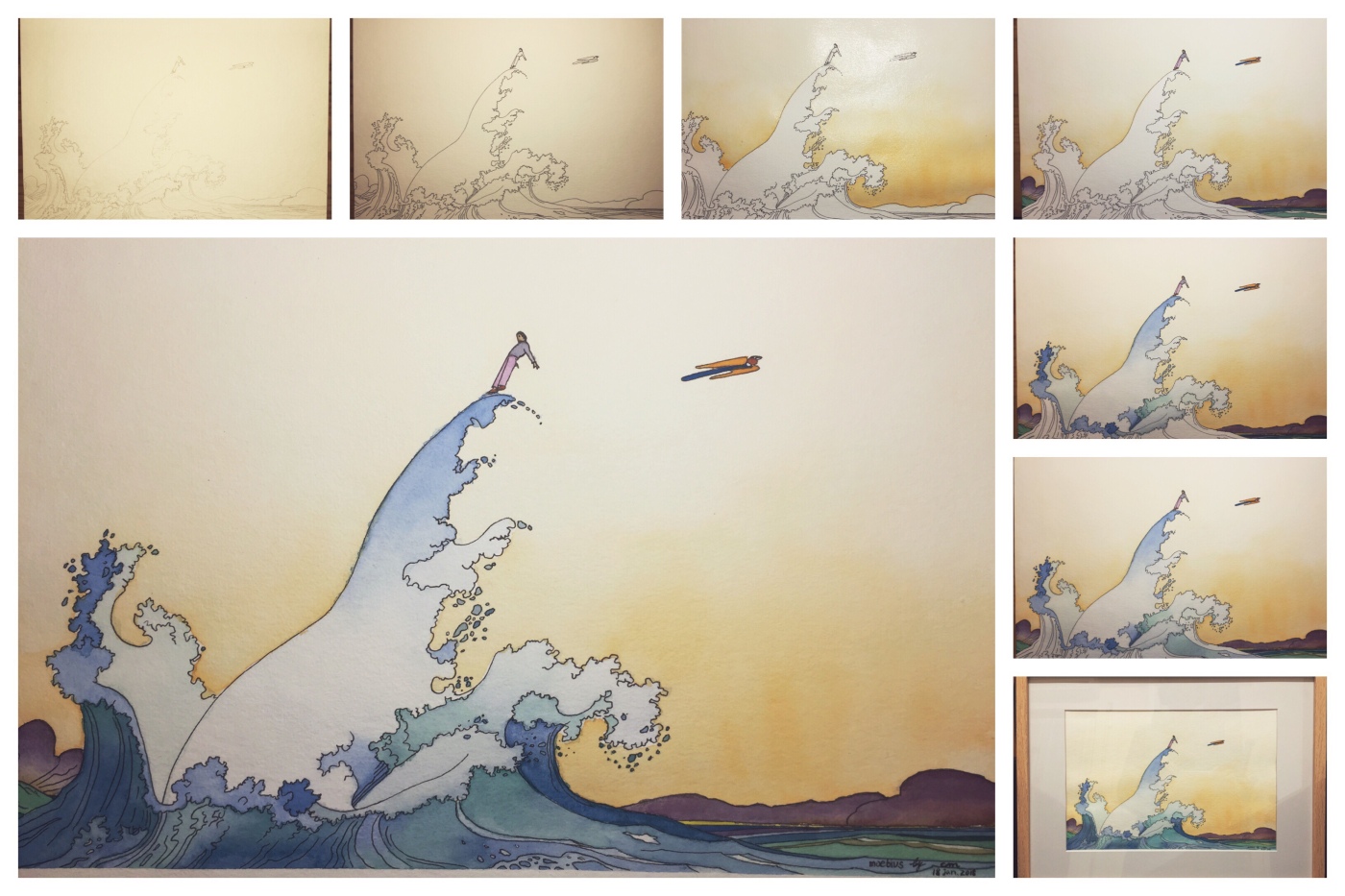 Moebius was commissioned by Hermès in 2011 to create nine illustrations for a campaign called Voyage d’Hermès. This is one of those and like the eight others, no Hermès product appeared:

Then I washed the paper and applied some yellow and a bit of orange:

I continued painting the figure and the bird, the skyline, and started with greens and blues for the wave:

A couple days later, I tried a digital version of it which i finished on the same day. Procreate on iPad Pro, 1878×1440 px: 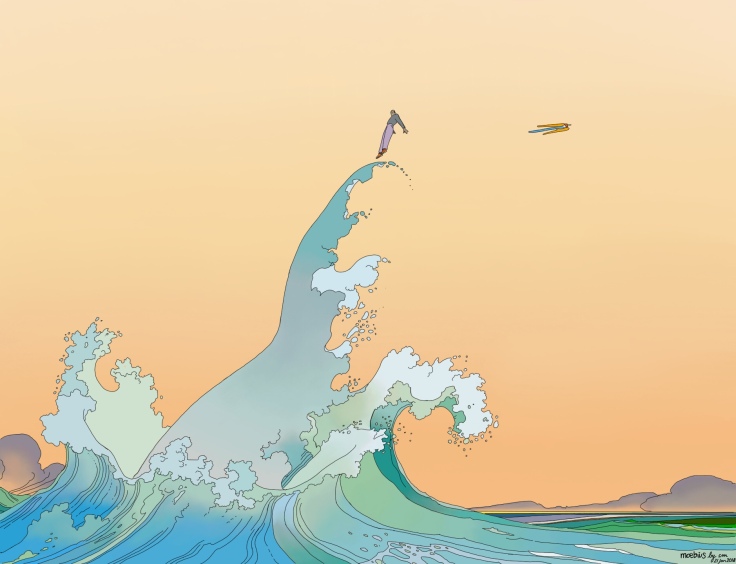 What do you think? Cancel reply

I am Coralie Mercier. I share thoughts and experiences, mostly in English, sometimes in French, and mostly about work related discoveries, drawings, musings and sometimes rants.

My day job is Head of W3C Marketing & Communications. I do not have a night job.

Writing is harder than photography.